The moment your little Cosmic Angel was born and drew breath, whether they were premature, on time or post term, they were filled with the cosmic DNA in the air at the time. This is the first air they drew into their lungs, and that's what makes them unique and what, for the rest of their life determines their Star Sign. Although they will share the planet with 1 in 12 of the earth's population, who share their Star Sign, they themselves are unique. It will take 2,500 years before your child's birth chart is duplicated and even if you have twins, even the minutes separating them, will bring unique differences. Each planet in your child's birth chart has a role to play in the makeup of their personality and in the experiences they'll encounter throughout their life. These planets and where they are positioned, are your child's Guardian Angels, there to help make sure that your child fulfils the Secret Promise they were born with. 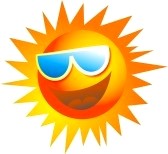 The Sun is there as your Cosmic Angel's eyes. The Sun's promise to your child is that for all of their life, he will be their eyes and window to the world. He'll show the way and will be the headlights for their life and even when they're old and their eyesight fails, the Sun will still be their eyes.

The Moon comes forward and says 'I will be your emotions'. The watery realms of shifting feelings, emotions, the imagination and intuition are the realm of your child's Moon and throughout their life, how they handle their emotions, will be controlled of the Moon.

Mercury comes forward and says 'I will be your mind'. From the moment of birth, Mercury rules your child's brain, how it is hardwired and how it operates. Mercury will operate in your child's life in 12 month cycles.

Venus comes forward and says 'I will be your heart' and from that moment on, Venus protects the most fragile part of a human being. In Venus' hands is a tiny heart, so capable of love and of being loved, that nothing is required. Love itself is the food of the heart and so long as you never stand in its way, then the life of this child, will be filled with love. Venus will operate in your child's life in 12 month cycles and will determine such things as what it likes and desires, through to the kind of mate or partner they will be drawn to, in later life. 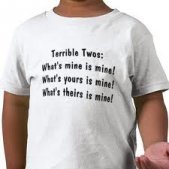 Mars comes forward and says 'I will be your spirit of adventure'. Mars will be there, giving your child a fighting spirit, a sense of passion and the very human need for a quest. Mars will take your Cosmic Angel in and out of danger, scrapes and battles. He'll take them up trees and into risky and dangerous situations. Long may the spirit of Mars live in your child, for without his spirit of adventure and the unwillingness to be closeted away from danger, we would never take risks and that's what life is about. Mars will operate in your child's life, in 2 year cycles.

Jupiter comes forward and says 'What will this child become'? Jupiter is the planet that will ensure that there are goals and ambitions in your child's life, that there will always be goals to achieve and dreams to chase. He will bring many adventures and will operate throughout your child's life, in 12 year cycles of expansion.

Saturn comes forward and says 'Where are the rules and the consequences and where are the lessons to be learned in this lifetime'? I will be the teacher and the taskmaster'. Saturn is the anchor in your child's life, their self discipline, focus, determination, their moral backbone and the keeper of the rules of human and moral behaviour. Saturn is the planet that will bring growth through learning and he'll do that through life experiences, ensuring that your child will grow into the human being they were destined to become. Saturn doesn't ask that your child never makes a mistake, but that they learn from those mistakes and that to appreciate that it's through making mistakes that we learn. Saturn's cycles are huge and last around 29 years.

Uranus comes forward and says 'Where does this child belong in the world, I will show them'. Uranus is the first of the generational planets. He spends around 7 years in each Sign and everyone born within that 7 year period, will see life and the world through the same Uranian influence.

Neptune comes forward and says 'What about the soul and the imagination, where is the desire for beauty, spirituality, to dream and the divine? I will show this child where to find these'. Neptune cycles are even longer and again, everyone born in one Neptune era, which can last up to 10 years, will be under the same Neptune influence.

Last of all, Pluto comes forward and says 'This child needs to be an individual, to forever fight against anything that contains or tries to label them and if they try, I will encourage them to rebel. I will give the drive and the spunk to break through boundaries and rebel against conformity'. This is an energy that inspires a generation and all children born within a 15 to 20 year span, share the same Pluto. This is a rebellion against the parent's way of life and is the safety valve to ensure that human beings constantly evolve and that each generation strives to break free and make their own mark.

Your Cosmic Angel is stamped, with this unique Cosmic DNA and for the rest of their days, this is who they are. But the planets don't stop, they continue to orbit and as they do, the transiting or orbiting planets influence not just their Sun, but all of the planets in your child's birth chart.

Apart from the Moon, with cycles that last around 29 days, the first major cycle to complete is your child's first solar cycle. This is their first birthday. The Sun returns to the same position it occupied when they were born. The Sun says 'Hey, I know you kiddo, how've you been? What did you think of your first ride? Want to go around again'? Your child's reborn into a new solar year and at this point a whole new adventure begins. This is an annual event, when they touch base with the same solar energy present when they were born. While your child will have its first solar return either on or a few days either side of their first birthday, this will repeat each year, at almost the same time.

Venus and Mercury will begin their second cycles around the same time as your child's first and subsequent birthdays, give or take a few weeks. When Venus returns, so too will your child's sense of what they like and don't like. At around a year, your child will become fussier and know what it likes and doesn't like. What you don't see, is Venus. She arrives back and says to your child 'Remember me? I'm the one that says it's okay to have whatever you want'. It is then that your child starts developing distinct tastes, likes and dislikes. This will change every year, when they experience a Venus return. Over time these will cement, so that they end up with lifelong likes and dislikes, but each year when Venus returns to the position she occupied in their birth chart, they will have a chance to reconsider.

At around 2 years of age, Mars returns and boy oh boy, you'll know about this one. This is the reason behind the Terrible Two's. Mars is that sense of adventure, danger and of battle. Your 2 year old is begging for a fight because he's got so much Mars energy in his system, he needs somewhere to put it. Mars comes back, pumps that little body with his energy and whispers in your child's ear 'Who do they think they are, they're not the boss of you, you're the boss of you'. While Mars will move on within about 6 weeks, once he's visited, things are never the same again - and just as well.

These solar, Venus, Mercury and Mars cycles will continue throughout your child's life, but the next major cycle ends and new cycle begins when they reach the age of 12, give or take a few months. This is when all children will have their first Jupiter return. This is when they get inspired about their future, they begin to have big dreams as they contemplate the future and there is a sense of coming of age and growing up. This is when the journey out of childhood begins. Everyone has their first Jupiter return at around 12, the second around 24, the third around 36 and so on. During your child's Jupiter return fuel their confidence and their belief in themselves and the world that they will one day conquer, for this is a cycle that will take 12 years to play out and take them through until around 24. During the next 12 years, who they are and what they will eventually go on to achieve in life will have its roots within this 12 year period. It is at this point, in the beginning of one of the most of important Jupiter cycles in their lifetime, that you as a parent have the most influence, for if they believe in themselves and that anything is possible, then that will be their reality, not just as they transition into adulthood, but for the rest of their life. 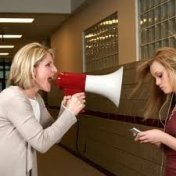 At around 13 to 15, Saturn reaches the halfway point in his cycle, a cycle he won't complete until your child is around 29 years old. It is at this halfway point that Saturn confronts your child and when he does, it looks, smells, tastes and feels to your child like the world is against them - welcome to the teenage years and to teenage angst. This is when your child is not only developing a strong sense of moral justice, comes up against a world of rules, obligations and a need to take life and school seriously, but they are experiencing a lot of pressure, from the fact that Saturn is in opposition. We all experience our first Saturn opposition at around 13, 14 or 15 and our next Saturn opposition won't be until we are in our early to mid forties. This happens just when your child is going through puberty, so there is a huge amount of pressure.

This is a natural rite of passage and this is when we need to take on some of Saturn's energy in terms of providing boundaries and a moral compass, but with Saturn already in opposition they don't need any more pressure, with a need to love them through what is a natural transition phase.

The cycles of Uranus, Neptune and Pluto are so long, that neither you nor your child will experience a Neptune or a Pluto return in your lifetime and will only experience a Uranus in your 80s.