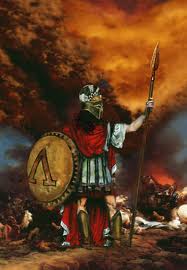 Mars is the fourth planet from the Sun and being further away from the Sun than the Earth, is the first of the planets that has an orbit longer than 12 months. Mars' orbit around the Sun takes 687 days (around 22 months) and he spends around 6 weeks in each Sign and therefore each area of our Chart. However when Mars goes into retrograde motion, which he does every 25.6 months, he can spend up to 8 months in one Sign, spending around 72 days in retrograde motion. Unlike a Mercury retrograde phase, which can bring misunderstandings and mistakes, a Mars retrograde phase allows you to pull back. It's while Mars is in retrograde motion that things can come back to you, in the form of second chances or something lost or missed out on before, returning. However this can sap your energy and you are always advised not to push yourself during a Mars retrograde phase.

Mars is easily spotted in the night sky because of his distinctive red colour. Since ancient times Mars has been known as the planet of war. Mars is ruled by Ares, god of war and Ares was a warlike and impetus god. For him a quest and the thrill of battle was everything. If there wasn't a battle being waged, he'd find or create one. When Ares was asked by Jason to become one of the Argonauts and help him on his quest for the Golden Fleece, Ares didn't hesitate. Ares skill on the battlefield was legendary, but his reputation also included that of lust and seduction. Therefore Mars is the planet that rules our drives, passions, fighting spirit and sexual passion. One of the reasons that the colour red is associated with passion, is because of Mars, his red colour and his association with passion.

We need Mars in our lives, for he is the planet that gives us the fire, courage and adrenaline to mount quests, to go into battle and strive to succeed. It is for this reason that Mars is also known as the planet of success. The area of our Chart that Mars is moving through at any given time is being infused with this potent, raw Mars energy. Staying in each area of your Chart for at least 6 weeks, longer than the Sun, Venus or Mercury would normally spend, he has the ability to make a big impact, inspiring you to take action, fight to make things happen and to turn desires or ideas into results.

There is however a word of caution when it comes to Mars. Although we need Mars energy, for its drive and passion, it can cause us to act recklessly and become more argumentative. The key is to remember that you're playing with fire here and just like fire, it can be used for positive purposes, but it can also burn. Mars energy can start a war and while that is sometimes a good thing, it mightn't always be what we want or be appropriate, so it's about remembering that you're in control and to pick your battles wisely.

So how does having Mars active in a particular area of your Chart help you? The area of your chart that Mars is moving through is where you'll feel motivated, driven and ready to take on the world. You'll feel more ambitious, more confident and success orientated. You're more inclined to take risks and if it doesn't work out you're more willing to dust yourself off and try again. Because of this, this is likely to be where you're more likely to be successful. Mars visits each area of your chart, on average once every 2 years and it's by knowing where Mars is that you know where to direct your energy and by knowing when he'll visit each area of your chart, when the best time is to mount specific quests.