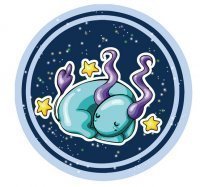 You’ve got one very determined and Enduring Angel here, with so much strength, determination and seriousness that sometimes you’ll have to remind them to be a kid. These are wise old souls, with eyes that say ‘I’ve already seen it all and know it all’, that you could almost swear that they've been here before. There is a sense of timelessness about them, as if they came into this world already knowledgeable in the concept of time and that in the scheme of things, all will happen in its own time.

That’s great for them, but not for you when you’ve got to drop the cat at the Vets, kids at Kindy, get to work or the 101 things that you’ve got to do or get done. They just seem to operate in their own time continuum, where things move at their own pace.  Good luck trying to get this Enduring Angel to fit into your time schedule, though they'll be very good at sticking to their own!

This is a Sign of high morals, integrity and a strong sense of right and wrong and of what’s fair. Get used to hearing them say ‘that’s not fair’. This is also a Sign of incredible endurance and patience. In adult life they’re likely to be  successful, as they’ll thrive on a challenge and on adversity. Just when most people start thinking about giving up, they’re just hitting their stride. The concept of failure or giving up just doesn’t fit into their vocabulary. That’s great for when they’re grown up and they’re an adult, but what about now? When it comes to a battle of wills, oh boy, are you in for a run for your money.  Your Enduring Angel will look you in the eye and say ‘no’ and just stand there, with all the time in the world and a look in their eye that says ‘I’m not budging’. And you know what? They’re not going to. This is one very stubborn Sign and you’ve got to avoid a battle of wills at all costs.

The trick to raising this Enduring Angel is to make sure you’re working on the same team, with each other, not against each other. They have a need to face challenges and overcome them, so give them small things to do, that will let them feel a sense of power, which is what they crave.  Being responsible for a pet or an animal is perfect for a young Enduring Angel, for it allows them to be responsible and have control over something else. Did I mention you had a little ‘control freak’ here? 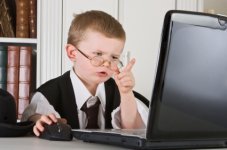 However avoid giving this little soul too much responsibility, for they will take it very seriously and can easily become overwhelmed. Capricorns don’t really come into their own until adults years, when the awesome power they yield can find a constructive outlet and they have learnt to control the inner strength and determination they possess.  This is a very serious Sign, yet it’s also a spiritual Sign. Don’t think you’ve got a hard nut here, just because they’re strong, brave and determined. They have a very soft side, which they only usually show to those they really trust. They have a need to portray a sense of strength and power and not appear vulnerable, but they are just like the rest of us. It’s only when they really trust someone that they’ll reveal themselves to be just as fragile and vulnerable as the rest of us. They might tell you to ‘go away Mummy, I don’t need you’, but there is a ‘but’ in their eyes that says ‘but not too far, because I just might need you’.  Love your little Enduring Angel and take some of the weight from their shoulders. Let them know that they don’t have to be brave and strong all the time and don’t let them grow up too fast. They’ll take on responsibilities at every opportunity, but don’t let them take on too many, too soon. Love this little soul and marvel at their sense of morality, integrity and courage. These are the true heroes of the cosmos and this little soul is going to be a ‘rock’ in your life, someone strong, dependable and trustworthy. They’ll do you proud, become a great friend to some lucky kids out there and one day make a wonderful partner and parent.