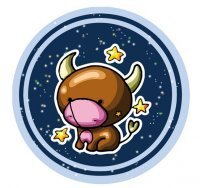 Taurus is ruled by Venus, so here you have a little a Venus Child in your family, bringing a little bit of the goddess magic into your own home. You’ve got an ‘Old Soul’ here, for Taurus is one of the most ancient of all the Signs, dating right back to the Taurean Age, the age when the Pyramids were built.

Every Sign takes up from where the Sign before left off and takes it to the next level. Aries are the ideas people and initiators of the zodiac and Taureans are the builders, the ones that take the ideas that others may have inspired, but they make them happen. Taureans are able to take an idea and turn something intangible, into something tangible, for they need to be able to not just imagine something, but to be able to see, touch and hold it in their own hands. An idea is just that to a Taurean, until it’s made into something real. Taureans are practical and patient, so they’re able to stick to task, happiest when they are building and making things.

Your little Taurean is part of a cosmic lineage that goes back to the dawn of time, so there is a sense of timelessness about this child and they just refuse to be rushed. I’m almost sure that it’s very unlikely that a Taurean invented the first clock. Just try and get your little Taurean out the door on time and it’s not going to happen. If you have somewhere you need to be at a certain time, start the process of leaving the house a lot earlier than you normally would, for if there’s a way to drag things out or take as long as possible, your little one will find it. They simply can’t be rushed. 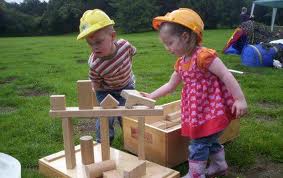 Your little Taurean will be happiest when creating and making something, whether they knock it down as soon as they’ve built it or not. They get a sense of satisfaction in looking at something and thinking ‘I made that’. It doesn’t even matter whether it has any practical purpose, as it’s the joy in creating or building something that will inspire your little Venus child.  As an Earth Sign and the middle of spring Signs, they’ll love the garden, to be outdoors, new life and especially flowers and blossoms. It’s the richness of life and creation of new life that your little angel will love. At an early age, take them out to pick spring flowers and to visit the baby animals at the zoo, because they love new life. They’ll adore kittens and puppies, attracted to baby animals. Anything that reminds them of spring or is ‘spring-like’ will delight them. It’s no wonder that my little Taurean granddaughter’s favourite colour is green.

The satisfaction they get from creating things is so strong, that your little Taurean will stay at tasks and see things through, in a way that is likely to surprise you for their years. They are a hard working and patient Sign, but not when it comes to routine chores, only when it comes to something they’re making or creating.

When your little Taurean grows up they will seek a rich and sensual love life and when they’re little, they approach the people in their life with the same fullness of heart. To have the arms of a little Taurean wrapped around you is like being hugged by an angel, for they’ll love you with all their hearts and that’s a pretty big heart in there.