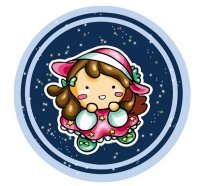 You’ve got a little Worrier in the making here, so from Day One make a vow not to put too much of a burden on these little shoulders. You won’t have to discipline this little angel too much, for they’ll do that themselves. Keep them in line and create boundaries, but they won’t need to be reminded when they’ve made a mistake.

Virgo is the most responsible of all the Signs, taking a lot of life’s burdens and responsibilities on their own shoulders and feeling a lot of guilt. Although this won’t really manifest until they are adults, you’ll find that even at a very young age they’ll worry about you, their brothers and sisters, the cat, the dog, grandma and anyone and everything they love.

This is due to their Cosmic DNA. Virgo energy is harvest energy. Astrology was born in the Northern Hemisphere and when the Sun moved through Virgo each year, it was harvest time. It was a time when you had to work hard to harvest the crops and whether you survived the winter or not, depended on the state of the quality and the quantity of the crops. It was a time when you had to worry that it might rain, that you might not have time to do it all or that some other unforeseen calamity might happen.  Although we are spread out around the globe now and live in both the Northern and Southern Hemisphere, it’s the Cosmic DNA that has come down from our ancestors, that still guides every Virgo. 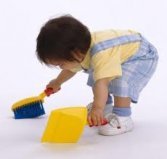 To stop your little Virgo worrying so much, about the little things, realise that you have one of Heaven’s little Helpers here. As soon as they’re old enough, let them help around the house, but don’t make it a chore or a responsibility and instead part of play. You’re most likely to have a happy little Virgo if you make them feel important and that they are such a big help to Mummy or Daddy, that what would you do without them? Simple jobs will make them happy. They love to feel needed and introduce them early to growing plants, either in pots or their own little vegetable garden outside. Virgos are into health, so herbs would be something that they would love to grow and learn about.  Virgo is also the Sign of the Earth Mother, so is a very natural Sign. They’ll love nature, good health and everything that the whole Earth Mother image conjures. Virgo is ruled by Demeter (Earth Mother), who also gifted the secrets of healing plants to mankind, so health, especially good health, will always be important for a little Virgo. This is why growing herbs or vegetables would be fun for your little Virgo.

All in all, your job as the parent of a little Virgo is to lighten their load and not make them feel even more responsible than they already feel. One day my little Virgo Helper was supposed to walk her little brother home from school for their grandma, while I was in hospital having their little sister. She couldn’t find him and 27 years later she’s still mad with him, because while she was worrying where he was and worrying about getting into trouble he was sitting in the headmaster’s office eating lollies. How could he do that to her!

Virgo’s love to talk, so from an early age introduce language into their lives. Start reading books as early as possible and involve them in conversation, more advanced even than their age might suggest, right from the start. Virgo’s ruling planet is Mercury, planet of communication. Mercury is also the ruler of Gemini, but Gemini is an Air Sign, so his influence there is more intellectual. Here Mercury is in the Earth Sign of Virgo, where he’s more practically focused, so the focus is more on talking and common sense. Virgos just love to talk, so talk to your little Virgo about everything and everything.