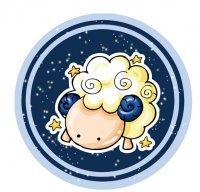 So you have a little Aries in your house? One thing you can be sure of, is that life will never be dull.

You may hear that Aries are ambitious, driven and confident, but that’s only when you look in, from the outside. I want to take you in, to have a look at the world through your child’s eyes.

Your little Aries will rule any roost he or she finds themselves in, for they are born leaders, always on life’s cutting edge. In grown up years, they’re likely to be successful, ambitious and driven. It’s now that your little Aries is in training.

It’s not end results that inspire your little Ram, it’s the pursuit and the challenge itself. An Aries must have action and movement, always mounting a quest, always staging a battle. Whether they win or lose is of little consequence, for it’s the thrill of the chase itself. Ambitious and driven they are, but not for the prize, but for the battle itself. They’re likely to throw a tantrum, acting as though it’s the end of the world if they don’t get what they want, only to decide that they don’t want it, once they’ve got it. Channel this into competitive activities that are healthy and fun and pick your battles wisely, instead of battling over the little things. 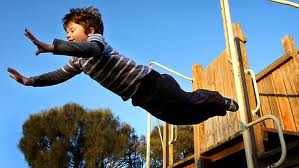 Your little Aries is just going to love any opportunity you give them, to wage war. It may be a battle on the professional front in 30 years time, but now the battle lines will be drawn over bedtimes, mealtimes, what you want them to wear, what you need them to do or sometimes disagreeing with you, just because they can. It won’t matter what they’re battling for, they’ll just love to battle, so from the get go, assume that you’ll have a battle of wills on your hands. They need plenty of opportunities to let off steam and if they want to climb trees and their adventures lead to scrapes and small injuries that's part of being a warrior. Keep them safe, but don't wrap them in cotton wool. This all comes down to their cosmic DNA. Don’t try and argue with your little Aries, simply give them outlets to play out this natural competitiveness. Give them challenging games and activities and let them take risks, saving any battles you do have to have, for the important things. No matter where your Aries child comes in your family they will act a ‘first born’, wanting to rule the roost. Even the second or third child in a family, if born in the Sign of Aries, will act as a ‘first born’ and they’ll stay that way for the rest of their lives.

For Aries is the first Sign of the zodiac and when the Sun moves into Aries each year, a new Astrological year begins. Aries leads us into the new Astrological year, at the head of the parade and they’ll stay there for the rest of their lives. They’re leaders, not followers and they like to be the ones making the rules and setting the pace.

Astrology has many roots and in your little Aries we find the Ram, able to butt their way into situations so they can remain Number One. Rams are the Alpha Males of the sheep world, kings of their domain and very territorial. Behind the Ram we find your little Aries’ ruling planet Mars, planet of both passion and war. Mars is ruled by Ares, god of war, which is where the need for battle comes from. Aries are fiery like the planet Mars, they’re passionate and love a good battle. They’re instigators, inventors, planners and forward thinkers, which comes from the energy in play at the time of their birth. When they want something, they want it now.

One of the myths behind Aries is Jason and the Argonauts. Your little Aries will love adventure and if they’re not taking part in one themselves, they’ll love to read about them, watch them on DVD or play them out on computer games, the more exciting and action filled the better.

As a cardinal Sign, they’re the ones who come up with the ideas that inspire and motivate the rest of us. Aries often don’t finish what they start, that’s for other Signs to do. Aries energy relies on having a good team around them that can follow through on the practical details, while they’re free to develop even better ideas. Aries, therefore, are inspirational leaders, inventors and inspire passion and a fighting spirit in all of us. Just don’t hold your breath when it comes to getting them to tidy up after an adventurous play session. Your little Cosmic Warrior is practicing for the real world, a world they started to conquer from the moment they were born.